There are a lot of sites out there for bulk cooking. Once a Month. Paleo Once a Month. 30 Meals in a Weekend!   But when I started looking, a lot of them weren’t…complete. There would be a list of meals, and a vague plan.  Or a detailed list of meals and recipes, but no shopping list.  And then there were the sites that wanted $12 for a OAMC meal plan (Once A Month Cooking)(It’s kind of a cult)(Not really, but with a bit more oomph it could take off)(Maybe I could be their Leader!).

So I researched, and thought, and planned.

I’m the only person in my family that will eat casseroles. These meal plans are separated into the ‘crock-pot’ and ‘casserole’ versions, so with the rest of my pack in 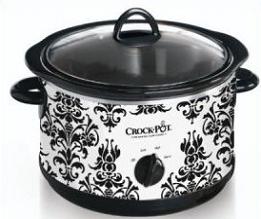 mind, I focused on the crock-pot versions.  These mostly involve a lot of raw meat going into ziplocks, followed by various things that cause the meat to be either ‘Buffalo Chicken’ or ‘Teriyaki Chicken’.

After scanning several different plans, I came up with mine.  I had a list of 14 meals, and there was a shopping list to make. Then I’d need a chunk of time to assemble everything.

Here’s the list I came up with after taking everything into consideration. There are 7 chicken meals, 3 pork, and 4 beef.  All involve just getting the ingredients into the bag to be labeled and frozen. No browning, no pre-cooking. All have a halfway decent shot at being liked by 3/5ths of the pack here at Rancho del Cheepie.

I found these at Who Needs A Cape? which has a much more elaborate 40 meal plan (which does have the list, recipes, and instructions!). I wasn’t quite ready to jump in that far! Their recipes were simple, and avoided most of the ‘add three cans of cream of this to two cans of chopped that and you’re good’.

I can’t tell you how excited I am for Island Chicken! It’s either going to be a hit or a PB&J night, for certain. Stay tuned later this week for the assembly post, shopping list, and costs.